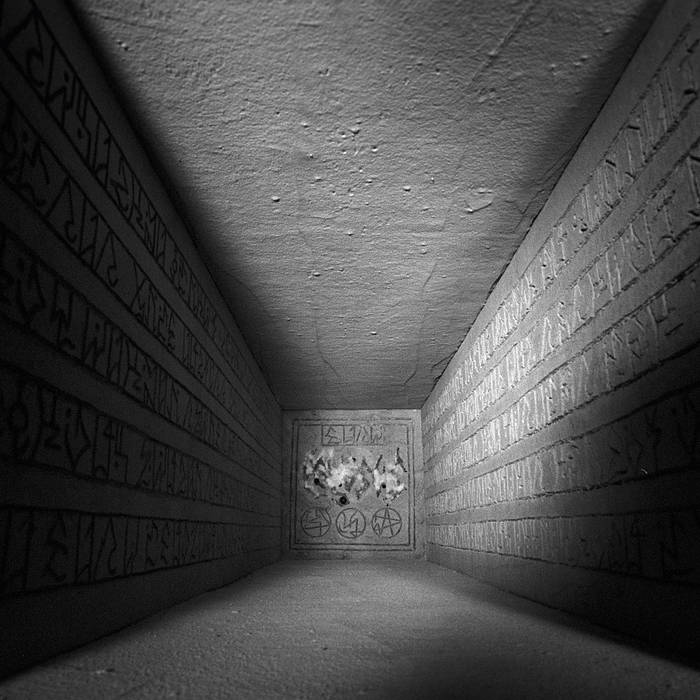 Matthew Toye To this day,'...smouldering' is one of my favourite demos of all time. So I was thrilled when this was announced and pre-ordered it like a madman. This is another impressive chapter from one of Iron Bonehead's best acts. Favorite track: Aerosoils.

𝖙𝖜𝖎𝖘𝖙𝖊𝖉𝖘𝖔𝖓𝖔𝖋𝖜𝖆𝖙𝖘𝖔𝖓 Black/death album of the year for me. Fucking incredible experience. (It needs to be noted that the riffing is indeed Portal worship, which is not a bad thing in my book, they remain the seed from which so many awesome bands have bloomed). Favorite track: Aerosoils.

IRON BONEHEAD PRODUCTIONS is proud to present ABYSSOUS' long-awaited new recording, Mesa, on CD and 12" vinyl formats. This new mini-album shall be released on November 1st, in conjunction with the IRON BONEHEAD / Nuclear War Now!-curated Never Surrender Festival set to take place in Berlin on November 1-3. ABYSSOUS will be giving an exclusive performance at this fest.

It's been six long years since the original release of ABYSSOUS' debut recording, ...Smouldering. What was first a demo soon became something of a debut album, aided by two newly recorded tracks and a cavernously 3D mastering job by P. Engel at Temple of Disharmony: IRON BONEHEAD was so impressed by this fresh take on a rotten sound that it released ...Smouldering on vinyl LP in 2013. Anchored in the ancient ways of the Metal of Death yet exuding a bold, flowing flair for songcraft, here ABYSSOUS compositionally ran the gamut from teeth-gnashing, tempting-the-corners-of-chaos violence to slowly simmering, doomed-out dementia, taking the listener on a journey to eldritch depths...and beyond, and back. Not for nothing was it titled ...Smouldering.

Then came silence, but during that interim, ABYSSOUS have been patiently perfecting their craft. It finds full bloom on the aptly titled Mesa, which presents ten tracks across a surprisingly expansive 35 minutes. With such a setup, one would think a record of quick-hitting constructions; instead, Mesa is more like five proper songs buttressed by just as many no-less-crucial interludes. As such, ABYSSOUS weave a more mind-melting tapestry than before, painting a fever dream in more gangrenous hues of ancient death metal and dizzying tension. It all very much sounds like the band who left us ...Smouldering, but whipped into a delirium of fractured angularity and even-more-fractured sanity. Mesa is no less rotten, but paradoxically more regal. Even the language the power-trio is using here - "Fissurge," "Aerosoils," "Perlurkural," "Vesspense," and especially the climactic "Congealed Lores" among them - suggest that they're indeed operating on a mesa all their own.

Or, one could simply gaze deeply into the cover art of Mesa and see where ABYSSOUS are going now, and where they're arriving. Will you step beyond The Beyond?