Black Funeral - The Dust and Darkness 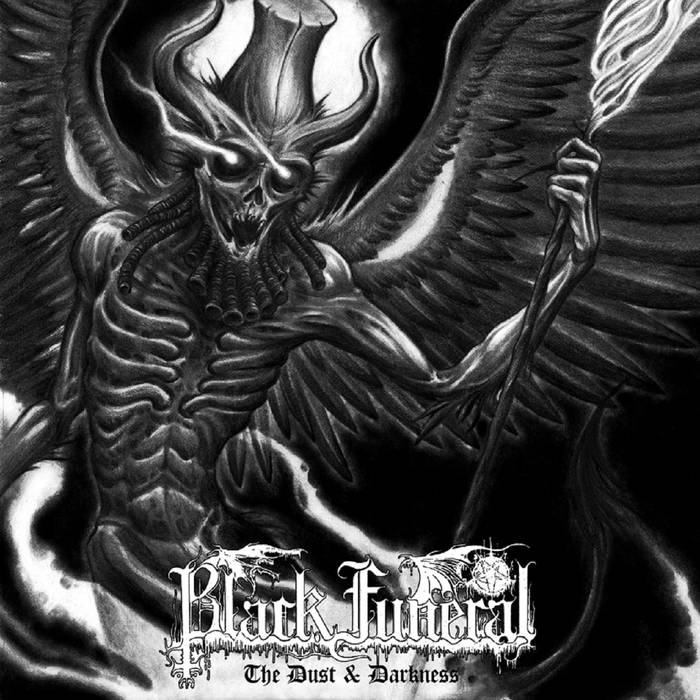 IRON BONEHEAD PRODUCTIONS is proud to present a new mini-album from the legendary BLACK FUNERAL, The Dust and Darkness, on CD and 12" vinyl formats.

Formed in 1993, BLACK FUNERAL are one of the founders of American black metal. The band's first two albums, 1995's Vampyr - Throne of the Beast and 1997's Empire of Blood, are widely considered black metal classics, and are among the earliest releases on the cult Full Moon Productions label. Since the beginning, the band has been guided by the boundless vision of one Michael Ford (AKA Akhtya Nachttoter), who has concurrently garnered international respect as a leading author on Luciferianism and occultism. And although many lineups have come and gone since those pioneering first two lineups, BLACK FUNERAL found its strongest formation yet with 2016's Ankou and the Death Fire. Released to widespread acclaim by IRON BONEHEAD, the album saw the inclusion of Drowning the Light mastermind Azgorh Drakenhof handling guitar, bass, and keyboards. As such, musically, Akkou and the Death Fire was a purely black metal record brimming with medieval majesty and malnourished misery, a blackflame both bright and bleary, all laced with Ford's characteristically chilling ambient soundscapes. In many ways, it was a reinvigoration of the classic BLACK FUNERAL sound, and that forward momentum continues unabated with The Dust and Darkness.

Recorded 2017 in Australia and the United States, The Dust and Darkness is a recalling and vampyric sonic ritual of Hittite, Hurrian, Canaanite, and ancient Syrian Underworld offerings and necromancy. The title "Dankuis Daganzipas" is the Hittite Underworld, "The Dark Earth," and is the dwelling place of spirits and chthonic deities who desired blood as their primary offering besides incense and libations. The Lady of the Underworld, Allani, is the ancient Hurrian goddess who is a type of psychopomp as a solar deity who guides the dead into the Underworld. Allani is identical to the Mesopotamian Ereskigal. The god "Chemosh of the Dust and Darkness" is an epithet for an Ugaritic deity of the Underworld who is similar to both Baal of Peor (Belphegor) and Nergal. His name was associated with elements of the underworld and "Bird of Prey." As such, the four songs comprising The Dust and Darkness sonically surge with grim abandon and majestic melancholy, unflinching in their familiarity but only because this is the BLACK FUNERAL whose name is legendry within the darkest depths of the black metal underground. It is altogether 17 minutes of invocation and seduction, exacted by deft hands well versed in the blackest of magick. Here, there is only The Dust and Darkness...

Drums by An Unnamed Spirit.