Chthonic Cult - I Am the Scourge Of Eternity 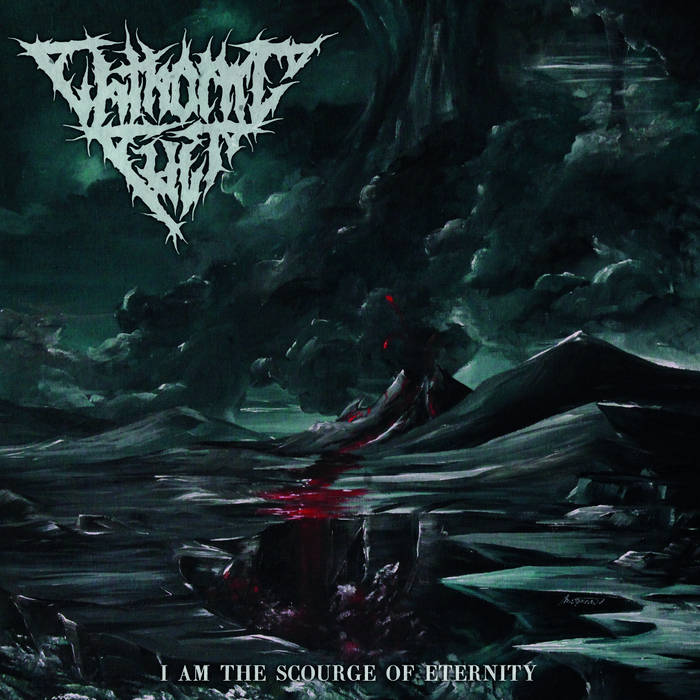 Matthew Toye Chthonic Cult are the black/death equivalent of an intense workout at the gym. This is a test of endurance. So make sure you stay hydrated while listening. Favorite track: As The Void Beckons.

From formless mist emerges CHTHONIC CULT and their debut album, I Am the Scourge of Eternity. The roots of CHTHONIC CULT lay in both Berlin and Wroclaw, but those are merely earthly bindings, for the all-enveloping soundworld of I Am the Scourge of Eternity resolutely lays in the Beyond. Comprising four monolithic tracks, each one as aptly titled as the next, in a soul-draining 47 minutes, I Am the Scourge of Eternity is an orgiastic feast for the ears as well as eyes, drawing together bulldozing black metal, bestial death metal, and smokestacked doom metal into a hypnotizing whole. Utterly entrancing yet confidently confrontational, the vortextural maw CHTHONIC CULT creates is "head music" shot through with violence and dragged through the dirt of centuries. Unapologetically raw and suffocating and yet emitting limitless space despite the world-eating frequencies they unleash, the trio sonically strive to accurately represent the morbid visions exhaustively explored within their lyrics.

As vocalist/guitarist Hyperborean explains, “I Am the Scourge of Eternity is a collection of visions, visions not necessarily of my own. The character’s visions arise from meditation and from madness, from ritual and from suffering the mundane, from contemplation of the sacred light and the sacred darkness and of the decay of the world which the Gods have abandoned, from the witnessing of the face of the One who builds and destroys, who tortures and heals. The visions transgress time in the witnessing of the beginning, the end, and the countless rebirths of this despicable world, yet, since visions only they are, lead ultimately to the realisation that we are, in fact, slaves to time and its cycles, slaves that can only be redeemed by the Creator and the Destroyer and the ritual and the sacred madness that dwells in us all.”

Indeed, I Am the Scourge of Eternity is a RITUAL above all else, "sacred madness" writ large and in blood. Its journey is taxing, even Herculean, and its landscapes treacherous and foreboding to the faint of heart. It's an expanse of infinite possibility, and eternal mystery. CHTHONIC CULT offer both blinding illumination and boundless darkness.