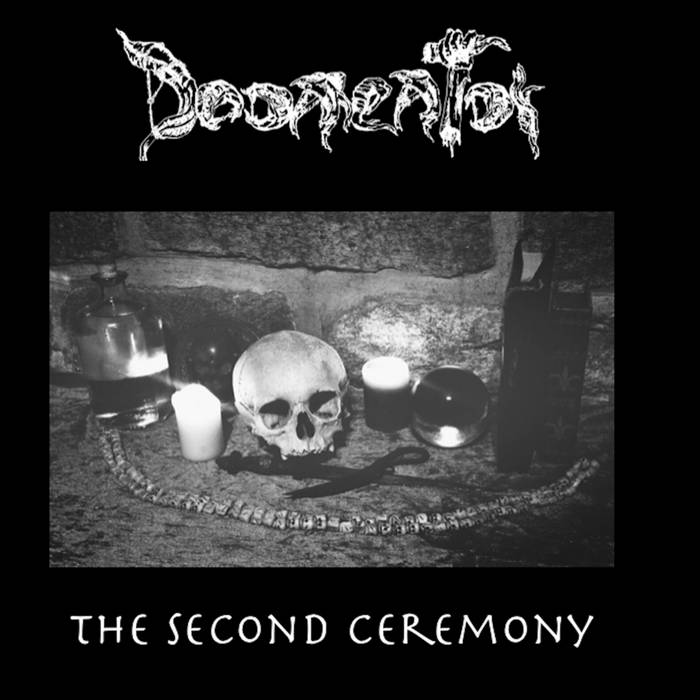 Once again, IRON BONEHEAD PRODUCTIONS cements its reputation for finding the darkest, most uncompromising sounds in the metal underground with the release of DOOMENTOR's debut EP, The Second Ceremony. Set to be released on 7" vinyl, The Second Ceremony comprises two twisted 'n' twisting epics of traditional-yet-defiant doom majesty. A mysterious trio hailing from Germany, DOOMENTOR take classic doomed-out heavy metal like early Trouble, Manilla Road, and Griffin and then drag it deep into pitch-black depths, stretching each tone to its most melancholic, malign length and then bathing it all within cavernous amounts of atmosphere. It's a sound that's both familiar and foreign, and if last year's eponymous debut demo laid bare their self-described agenda of "Black Occult Imperial Doom Metal," then The Second Ceremony is simply the next chapter in DOOMENTOR's ascent to greatness