Empire Of The Moon - Eclipse 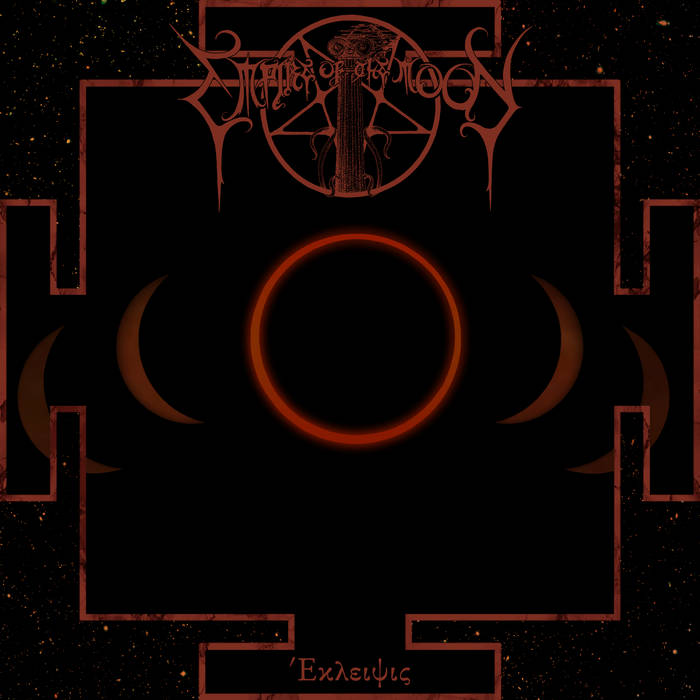 Ancient and forever, EMPIRE OF THE MOON have been lingering ominously within the pantheon of classic Greek black metal since 1996. The band's first demo, 1997's For the Ancient Light of Sinn, is a short-length spectre of splendorous mysticism revered by fervent worshippers of the traditional Hellenic form. But, as with many matters concerning Greek classicism, EMPIRE OF THE MOON soon became a study of patience and perseverance, as it took nearly two decades for the band's next according to arrive. During the interim, naturally, its members were busy with other well-respected cults like Chaosbaphomet and Wampyrinacht.

When that recording did arrive, in 2014, it was EMPIRE OF THE MOON's first full-length, and what a statement it was: titled Πανσέληνος (or "Full Moon" in English), it transcended all the powerful promise of that first demo, its distant lunar shores a breathtaking landscape of timeless black metal majesty. It was a sound firmly rooted in ancient times, and so authentically antiquated was its push 'n' pull that it was actually far fresher than most "black metal" around it.

While six years is still a considerable amount of time for most bands, EMPIRE OF THE MOON aren't like most bands; they will their creations into being when inspiration strikes, when the stars are aligned. Alas, a total solar eclipse occurs as the moon completely covers the sun's disk, and thus does the time approach for a new chapter in the ongoing saga of EMPIRE OF THE MOON: their long-awaited second album, ΕΚΛΕΙΨΙΣ.

Tellingly translated to "Eclipse" in English, ΕΚΛΕΙΨΙΣ indeed eclipses anything the band has done to date - which is considerable, to say the least, with their axiom being quality over quantity. Utterly expansive despite its fairly compact runtime of 40 minutes, here do EMPIRE OF THE MOON unfurl a regal, stargazing statement of interstellar black metal. Atmosphere and aggression find the perfect balance across ΕΚΛΕΙΨΙΣ, symbiotically in harmony much in the way an eclipse complements a full moon. Its seven, interlinked songs create a canvas of mystery and mysticism, breathing the same ancient air EMPIRE OF THE MOON always have, but here rendered in remarkably gleaming form, with a production that's polished yet powerful, fully befitting their grand visions. As always, the spectral synths of S.V. Mantus imbue ΕΚΛΕΙΨΙΣ with an otherworldly aspect that's uniquely their own.

Hark! For the stars of the unlight sounds, interstellar clouds of occult lyrical concept, and fiery traditional emblems are now channeled in order! To manifest their esoteric visions to those with eyes to see, EMPIRE OF THE MOON hereby present their grandest statement yet with ΕΚΛΕΙΨΙΣ - the imperial moonlight will shine again!