Golden Light - Sacred Colour of the Source of Light 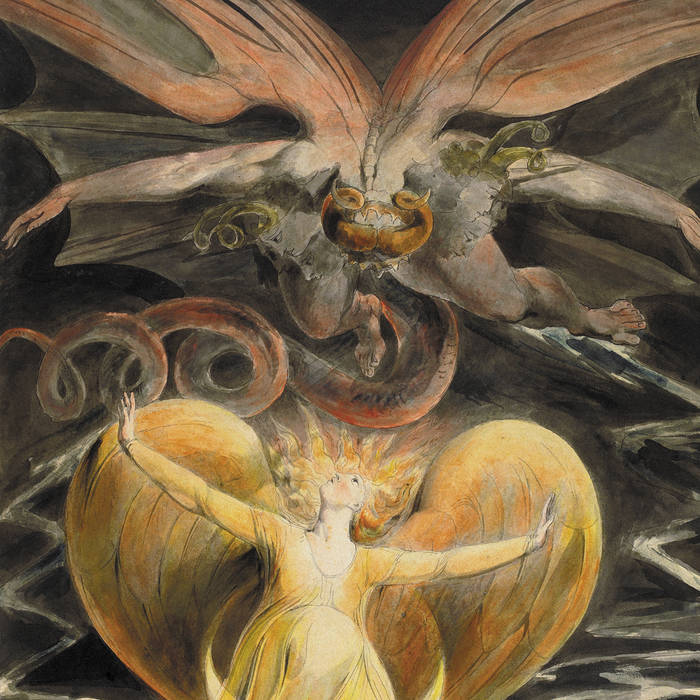 Jeff Richardson These two players seem iconoclast’s within the atmospheric occult field. This is a good record, unique in kind. After reading their epitome, I am filled with thoughts on victimization. Is this subject verboten? It would seem so within common, modern parlance. J

apostolisza8 One of the most rewarding black metal experiences of 2020.
www.rocking.gr/reviews/album/Golden-Light-Sacred-Colour-Of-The-Source-Of-Light/9146 Favorite track: Dawn of History.

A mysterious duo hailing from parts unknown, GOLDEN LIGHT are as unique as their moniker suggests. In a black metalled context, their spectral sorrows shoot a brilliance that's blinding and bellicose in equal measure: a mystical, sun-drenched swarm of sound that embodies and defies black metal simultaneously, orthodoxy UN-done and recast. This golden light radiates through E. Henderson, who handles all instruments and sounds, and vocalist Meghan Wood. But their sonic conjecture will still surprise you...

Or, allow GOLDEN LIGHT to describe themselves thusly: "A procession of the damned. By the damned, I mean the excluded... Battalions of the accursed, captained by pallid data that we have exhumed, will march. You'll read them—or they'll march. Some of them livid and some of them fiery and some of them rotten. Some of them are corpses, skeletons, mummies, twitching, tottering, animated by companions that have been damned alive. There are pale stenches and gaunt superstitions and mere shadows and lively malices: whims and amiabilities. The naïve and the pedantic and the bizarre and the grotesque and the sincere and the insincere, the profound and the puerile. The ultra-respectable, but the condemned, anyway...they will march. We have gone into the outer darkness of scientific and philosophical transactions and proceedings, ultra-respectable, but covered with the dust of disregard. We have descended into abyss and have come back with the quasi-souls of lost data... We will march."

Nightside whispers, vapor trails of shattered melody, glacial pulse, strident minimalism vs. subverted maximalism: so much lurks within Sacred Colour of the Source of Light. In a time-evaporating/expanding 33 minutes, GOLDEN LIGHT conjure forth four tracks of nearly all-epic construction, each one its own canvas of madness and mysticism. New colors, new shapes...old colors, old shapes...the sensations are simultaneously familiar and foreign. IRON BONEHEAD is honored to march alongside GOLDEN LIGHT.