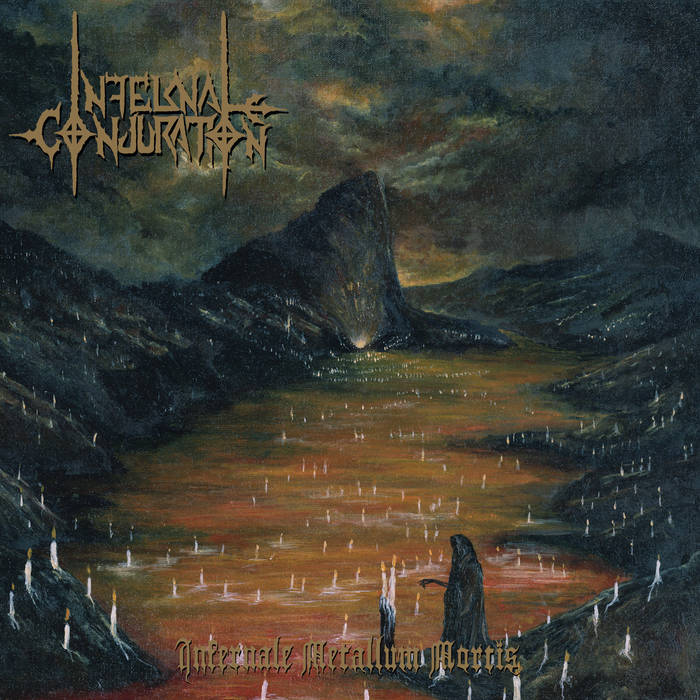 PannionSeer Thrashy death metal that's angry, aggressive and catchy as an STD. Iron Bonehead is killing the DM this year with this, Calyx and Musmahhu. Favorite track: Cleansed in Asphyxia.

Hailing from Tijuana, Mexico, INFERNAL CONJURATION formed in June 2006 and promptly set about crafting death metal rooted in the old-school ways, drawing influence from both their homeland and abroad. Upon releasing their first demo, Tremendous Plague, in 2007, they caught the eye of the underground metal scene, receiving offers to release their material on different labels, most of them in Europe. Eventually, Poland's Gruft Prodüktion released that first demo on pro-tape format, keeping INFERNAL CONJURATION loyal to the underground movement. Around the same time, the band received an offer from Sweden's Blood Harvest Records for an exclusive 7" vinyl release, titled Avto de Fe and released in 2008.

By 2011, INFERNAL CONJURATION recorded their follow-up release entitled Death Has Appeared. Deepening the band's presence in the international underground scene, this release had three versions, all released in 2014: in Europe, it was released by Gruft Prodüktion on CD; in Mexico, by Craneo Negro Records on vinyl LP format; and in the USA, by Utterly Somber on CD with three bonus tracks. Emboldened by that momentum, INFERNAL CONJURATION soon set upon writing and recording their debut album.

At last, it arrives in the form of Infernale Metallum Mortis. The grand culmination of the INFERNAL CONJURATION aesthetic to date, Infernale Metallum Mortis both consolidates and extends the band's all-too-considerable strengths. Right from the ripping first notes, the album seizes hold of the listener and throttles with angular gnarliness (or is that gnarly angularity?) that's blanching to behold. Truly gutsfucking, Infernale Metallum Mortis presents INFERNAL CONJURATION in a form both blood-red raw and enviously accomplished, exuding a savagery that ably balances both ends of the spectrum, likewise balancing propulsive songwriting and devilishly advanced chops. Indeed, both entrenched in the underground whilst setting their sights beyond it, the quartet hereby deliver a monument of Mexican Metal of Death for the ages: TOTAL DEATH METAL, no more but definitely no less!