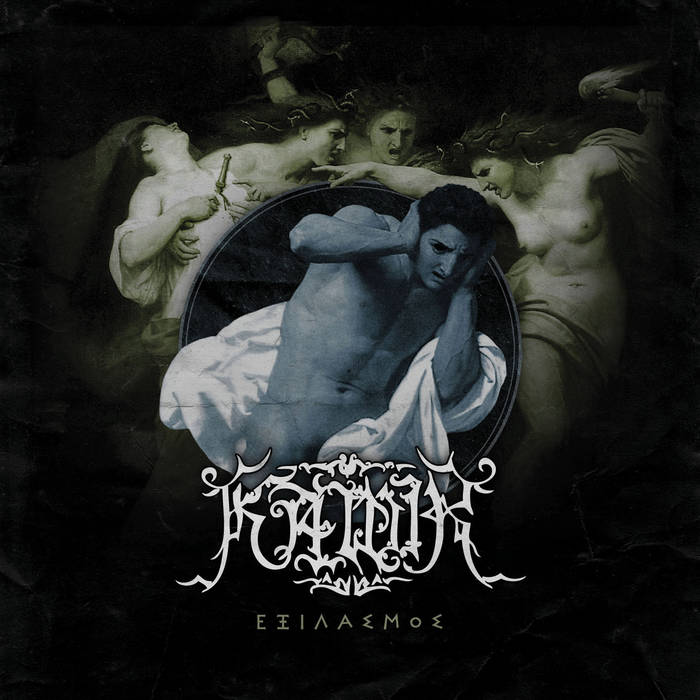 Since 1993, KAWIR have been one of the unsung pillars of the classic Greek black metal sound. While the names Rotting Christ, Varathron, and Necromantia are incredibly important to that style's foundation, it was KAWIR who kept the faith during the '90s and into the new millennium. In 1994, the then-young band released two pivotal 7"s, Eumenides and a split with Japan's Sigh - on the pivotal Cacophonous Records, no less - and then followed those up in 1996 with the To Cavirs MLP, which is the first truly pagan-oriented record to hail from the Greek black metal scene. With that mini-album, KAWIR set about on a Hellenistic crusade to celebrate their native gods and mythology in their lyrics and sartorial presentation. From the late '90s onward, the band continued to remain prolific, perpetually committed to fine-tuning their idiosyncratic craft, culminating in underground classics Arai (2005) and Ophiolatreia (2008). Although 2012's Ισόθεος featured a cross-continental lineup, the album further solidified KAWIR's status as unique icons in the black metal underground.

Then, just last year, IRON BONEHEAD released the massively acclaimed Father Sun Mother Moon, which saw KAWIR return to an all-Greek lineup and recast their classic sound in a whole new light, and now they continue that forward momentum with the fiery Exilasmos. If the 64-minute Father Sun Mother Moon was the sound of KAWIR indulging their most epic expanses - always with power and poignancy, it must be said - then the 42-minute Exilasmos is its punchier and more restless counterpart. Across its six characteristically cascading tracks, KAWIR take a decidedly darker and more aggressive turn, racing into the fray in a manner most mid '90s (or To Cavirs, as it were) but never losing the inherently heroic aspect so crucial - and so engaging, after all these years - to their Hellenic sound. Supplementing that dark heroism is the addition of a fulltime keyboardist in Aristomache, who lends mystical light and shade to the band's surge 'n' swell. Further coloring the windswept wildness of Exilasmos are an endless supply of dramatic solos from guitarists Melanaegis and founder Therthonax.

But, as ever with KAWIR, the sonic portrait they paint is imbued with a deep lyricism hailing the Greek pantheon. In the case of Exilasmos, the record is conceptually about the tragic dynasties of the house of Lavdakides (Oedipus Tyrannus) and the house of Atreus. Both dynasties nearly exterminated themselves, and all these violent and inhuman acts brought forth the wrath of Zeus and the curses were consequently laid upon the whole bloodline. "Exilasmos" in Ancient Hellenic Language means calming down the gods' wrath, so it perfectly describes the tragic events featured in the namesake album.

Recorded at Esoteron Studio in Athens and mixed and mastered by Esoteric's Greg Chandler at Priory Studio, Exilasmos is yet another gleaming jewel in the rich KAWIR canon. Long may they ascend Mount Olympus!