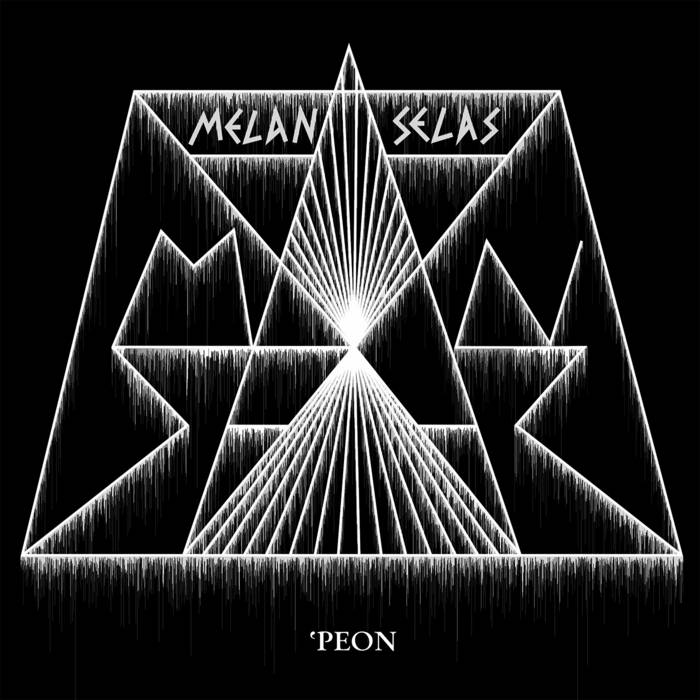 IRON BONEHEAD PRODUCTIONS is proud to present a compilation LP from one of the strongest newcomers the label's witnessed lately: MELAN SELAS' Reon.

MELAN SELAS are a black metal duo hailing from Greece, comprised of vocalist/lyricist Ἀστραία (Astraea) - Oletir and multi-instrumentalist D.K. Formed in Trikala in 2016, the selfsame four-song Melan Selas debut EP soon followed that year on CD format. Here, MELAN SELAS march triumphantly forward with a mid-tempo, bass-driven sound that largely recalls the classic Hellenic black metal canon, but with a Lilith-like magick all their own. In fact, the titles to the EP's first two tracks - "Ethereal Annihilation" and "Ancient Spirit" - ring truer than most other descriptions of the band's sound.

Stoic and steely, simmering with a touch of madness spilling over into mysticism: this first recording set the stage for MELAN SELAS' next strike, which are two brand-new epics collected here for the first time. Longer and stronger, given to galloping blasts of speed, the latest developments of MELAN SELAS' sound charge forward with even more excitement and an addicting sense of victory. Additionally, a further flare for the classic Greek black metal sound is both defined and reinvigorated; you could easily say Reon came out 25 years ago as you could today. But let it be known that MELAN SELAS are no mere nostalgia act: their black metal is a deeply personal and potent sort, done with equal amounts reverence and abandon.

With their Melan Selas EP completing side B of the vinyl LP, MELAN SELAS' Reon is a dramatic introduction to what surely could become the black metal underground's new king and queen. Hail Hellas!