Musmahhu - Reign of the Odious 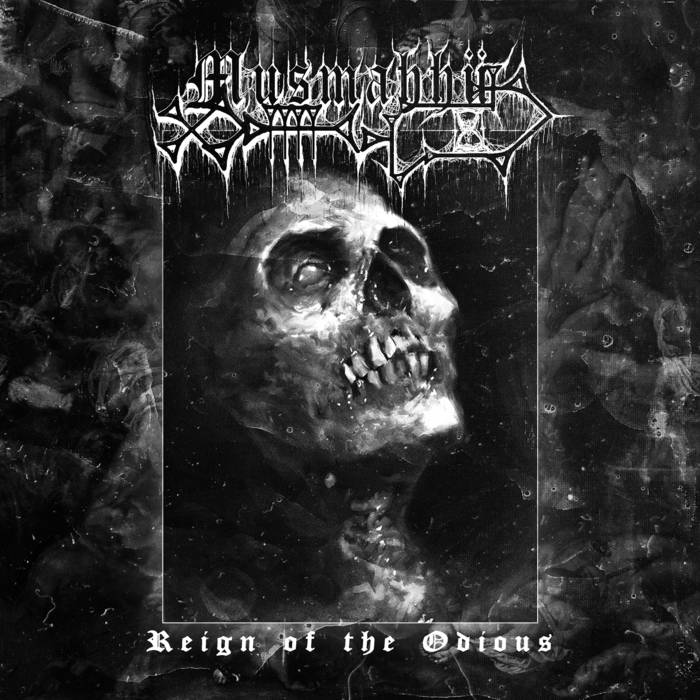 Riff Spreader This is some nasty, gnarly blackened death metal that I can't seem to get enough of.

MUSMAHHU burst out of the eldritch womb in early 2018 with its debut 7" for IRON BONEHEAD, Formulas of Rotten Death. Aptly fucking titled, the EP delivered exactly that - and was a shocking surprise, arriving so fully formed from that womb given that it was the band's debut recording. However, MUSMAHHU aren't strictly newcomers per se, as the band revolves around super-prolific black metal scene veteran Swartadauþuz, founder of Ancient Records and the mastermind behind Bekëth Nexëhmü, Azelisassath, Urkaos, Trolldom, Mystik, and many others.

While he's primarily known for bewitching black metal, Swartadauþuz similarly knows how to create swarming, swirling, utterly hideous death metal, and that's what MUSMAHHU has mastered already with their debut album, Reign of the Odious. Taking exactly the same rudiments as its 7" predecessor, Reign of the Odious simply presents that roiling malodorousness in a full-length form. MUSMAHHU play ancient, eternal Metal of Death, willing into being a tornado of swirling, sweltering disease and primordial horror, all captured in richly cavernous tones. The same sense of delirium and dementia that marks Swartadauþuz's other projects manifests itself in MASMAHHU, and the seven-song/43-minute Reign of the Odious indeed rings with a supremacy - of intent, of action, of reality, of DEATH. Not to mention that the album is anchored by a production that's robust and boundlessly muscular, emitting a professionalism that handily challenges similarly styled hordes on bigger, more pussified labels.

Orthodox death metal is so dead, it's undead, and MUSMAHHU reanimates its corpse with Reign of the Odious.