Orgrel - The Oath of the Black Wolf 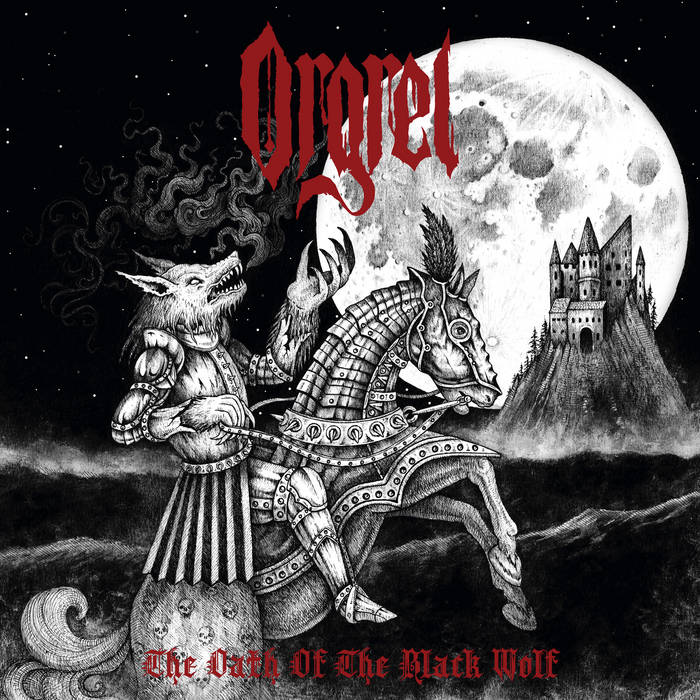 IRON BONEHEAD PRODUCTIONS is proud to present a brand-new mini-album from ORGREL, The Oath of the Black Wolf, on CD and 12" vinyl formats.

During the autumn of 2021, ORGREL proved that the past was still alive with their debut album, Red Dragon's Invocation, for IRON BONEHEAD. A band literally out of time, the Italian power-trio hailed the ancient days of black metal - the days too often forgotten, in the late '90s, when labels like Solistitium, Sombre, and Drakkar began releasing obsidian gems during the genre's post-sensationalism fallout. Rich with righteous fury and triumph alike, Red Dragon's Invocation synthesized mystical splendor and dizzying delirium into a full-length treatise on those too-often-forgotten days, engrossing the listener to the very last: indeed, the album was summarily titled.

Building upon that grand fortress is a four-song/22-minute mini-album likewise truly titled: The Oath of the Black Wolf. Here, ORGREL have gone a-hunting, their '90s black metal classicism stalking and striking with a hunger only hinted at previously. Still, fueled by this fire they may be, the Italians across this mini manage to maximize their epic side, with the predecessor's flat-yet-full soundfield now becoming slightly more chromatic in the process. Lead lines portend dark truths, ever building in tension and then grandeur, but the record's swift-yet-satisfying runtime reveals the darkest, most intrinsic truth: black metal doesn't need to "become" anything when it already IS. Hail The Oath of the Black Wolf!