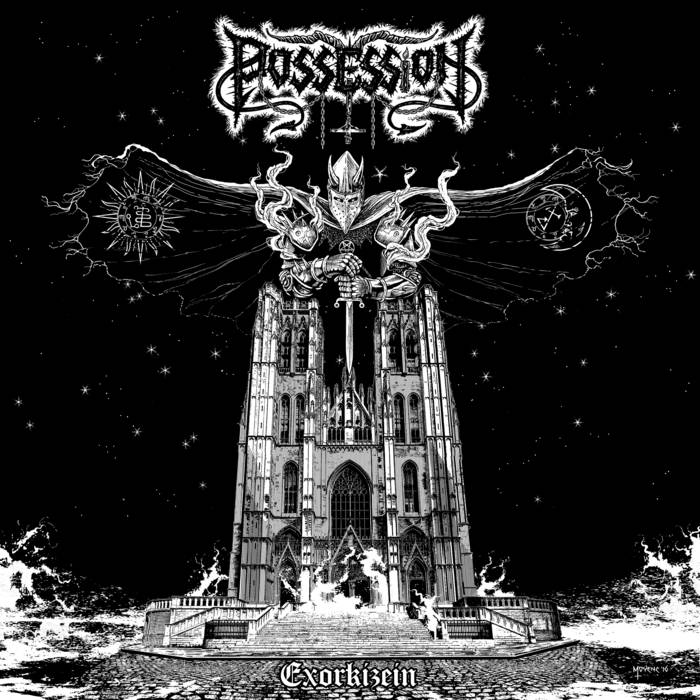 exodus4life98 Pure Evil. It's one of the best records to come out in a long time. Love that the Intro is similar to the first ep. Best Black Metal Band in the moment. Favorite track: Infestation -Manifestation - Possession.

One of the hottest bands in the modern black/death metal underground, Possession’s ascent has been rapid but never exacting, and more than rightly earned. Forming in 2012, their debut demo, His Best Deceit – released jointly by Invictus and Iron Bonehead, in 2013 – exploded with excitement, showing an incendiary charisma rarely heard, not to mention a veteran’s grasp of engaging songwriting. But for however filthy ‘n’ furious His Best Deceit was, less than a year later, the band released the Anneliese EP: a catacombed dirge that proved there were yet more haunting depths to this still-young band.
Between the two records, Possession’s name was already on the tongues of legions worldwide – which is all the more remarkable considering their canon, to that point, consisted of six songs. Alas, in 2015 arrived the 1585-1646 mini-album. The band’s longest work to date at 25 minutes, 1585-1646 studiously explored more concerted lyrical themes, marrying the conceptualism of the Anneliese EP to a still-unfolding, still-unholy synthesis of ancient Metal of Death and the pitchest-black metal. It was the band’s boldest move to date, teasing their now-rabid fanbase with greater glories to come…and now they have arrived with Exorkizein.
Effectively a summation of Possession’s powers and prowess they displayed across their first three recordings, Exorkizein is the bold and brazen first-album statement that will fully write the band’s name into black/death legendry. Its fury is more feral and unchained than ever, its downshifts into doom more swirling and fatal, and its recording is as rounded and robust as a highly anticipated debut requires. And yet, for however much this is all unmistakably Possession, Exorkizein marks a change in lineup: vocalist Mestema is out of the band and has been replaced by Viriakh, while S.Iblis enters as new bassist. Far from a disabling blow, this lineup shakeup has resulted in a stronger Possession than ever before, brimming with madness and mystery, slavering with sin and ever prepared to strike. The youthful discordance has slightly, subtly given way to an ageless confidence, without one sacrifice of the core ethics of authentic, deeply-felt black/death METAL.