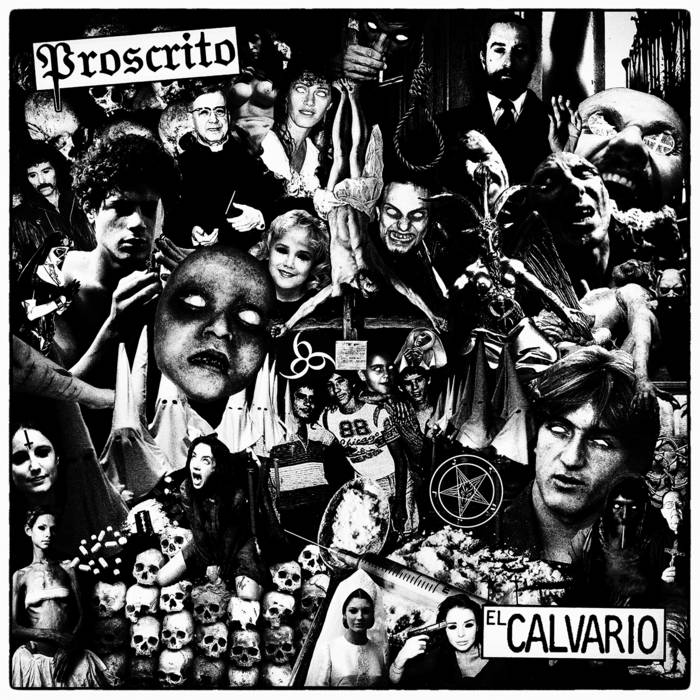 IRON BONEHEAD PRODUCTIONS is proud to present PROSCRITO's debut mini-album, El Calvario, on CD and 12" vinyl formats. Digitally released earlier this year by the band, this widespread version of El Calvario introduces the suffocating sound of PROSCRITO: cruel 'n' caustic doomed-out death metal, or perhaps more accurately, diabolically deathed-out DOOM. Either way you describe it, the dense 'n' sulfurous rumble this Spanish power-trio creates can cause tectonic shifts as ably as it can rot your soul. There's an almost uncomfortably carefree, laissez faire approach to PROSCRITO's ritualistic plod, as if the band the band is indifferently acting as a conduit for supernatural frequencies only they can sense; witness the closing instrumental monolith, "Puteado," and be consumed by eldritch dread, its tendrils of tension still holding the listener in their grip long after the record's ended. Rounded out by thundering production by the esteemed Javi Félez at Moontower Studios, El Calvario is a slow-mo slog to one's spiritual death - and there stands PROSCRITO, taunting.