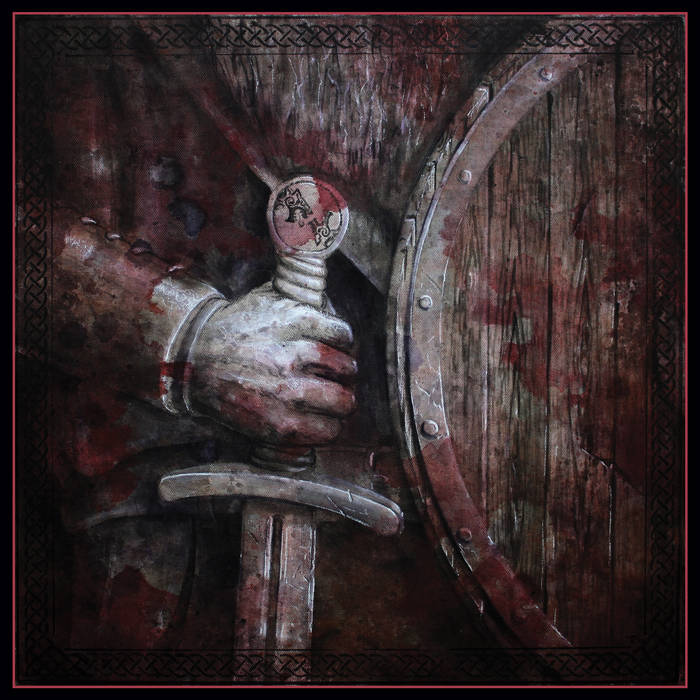 Dex@blackmetaldaily Beautiful stuff that gets better with every spin.

Matthew Toye After a really quick turnaround from 'Unhallowed Blood Oath', Runespell returns to take us on another ancient black metal voyage. This chapter has a near perfect balance between melancholy and fury. Favorite track: Wolf.Axis.

Underbelly Guru What a great songwriter. Hands down my favorite album art of the year. Thank you, Iron BoneHead for getting your releases up timely and in digital format.

Striking while the iron's hot, Order of Vengeance follows less than a year after RUNESPELL's critically acclaimed debut album, Unhallowed Blood Oath, also released by IRON BONEHEAD. Let it be known, however, that there's not one sacrifice in quality to be found here. If anything, the RUNESPELL aesthetic has become even more iron-girded and iron-willed. There's a greater sense of urgency on Order of Vengeance - an unquenchable desperation, even - that drives these no-less-grand epics. Whereas Unhallowed Blood Oath situated itself on an axis of melancholy vs. bloodlust, suitably, Order of Vengeance ups the bloodlust considerably...although, of course, the melancholy is no short supply here, particularly on the sparse 'n' haunting instrumental "Night's Gate." The album length, too, has been padded out to a spacious and all-enveloping 47 minutes, allowing the full mesmerizing grandeur of the RUNEPSPELL aesthetic to take root and consume. More massive, yet more urgent: Order of Vengeance is indeed a new order.

Elsewhere, underpinning everything is an authentic and austere steeping in early '90s black metal classicism. Be it from Scandinavia or France or particularly Poland, such source material has been so widely replicated year after year, and yet RUNESPELL is yet again able to both handily challenge those classics AND resound like an era-relevant relic. It's not surprising, considering mainman Nightwolf is one of the busiest men in the shit-hot Australian black metal scene, maintaining as he does the equally prolific Eternum and Blood Stronghold. While still bearing aesthetic similarities to those two bands - this is the purest, most mystical black metal after all - with Order of Vengeance, RUNESPELL continues its majestic rumination on the mysteries of war and bloodshed, vengeance and valor, memory and destiny. Dedication and sacrifice - spiritually, above all, as well as physically - are once again the watchwords, and they've resulted in black metal wielded as weapon, totem, and portal simultaneously.


To coincide with RUNESPELL's upward-and-onward trajectory with Order of Vengeance, the band's sold-out debut demo, Aeons of Ancient Blood, will see a vinyl LP release via IRON BONEHEAD. Partake in these profound truths...