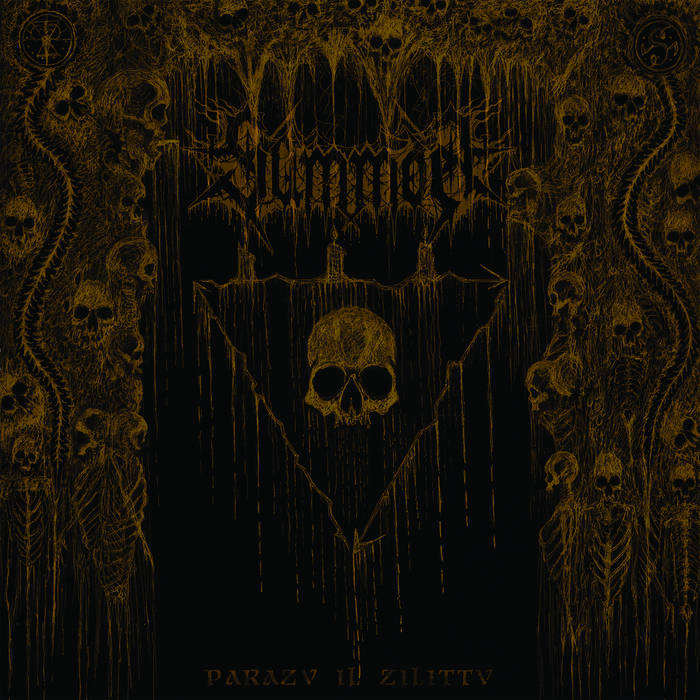 Matthew Toye Summon reach down into the bowels of Hell to achieve their sound. This trio pens hymns obscured in death and darkness. Forget what Nietzsche said about looking into the Abyss, listen to this instead. Favorite track: Parasv Il Zilittv.

SUMMON emerged in late 2016 as a gathering between N. and R. in which they decided to follow a sonority that transcends their soul and where they could give it a more cavernous feel, with an intensity of deep agony. Shortly thereafter, N. decides to move forward with composite themes, and then they decide to call J. to seal the covenant of a deadly entity. The lyrics are handled by N. in which he invokes all the blackness and splendor of death, the burden of enduring and wandering in a world of human flesh, and the infinite thirst for mass slaughter converting mankind into a cloak of bones.

What thusly emerged was SUMMON's debut EP, Aesthetics of Demise, which was released by IRON BONEHEAD during the summer of 2017 to widespread critical acclaim. A swirling, sulfurous mass of molten death-doom, Aesthetics of Demise was aptly titled, but on the fuller and more fleshed-out Parazv Il Zilittv, the trio both dive deeper into the murk and emerge into clearer dimensions. By no means do SUMMON here abandon their expertly crafted monolith of death-doom, but they largely (and wisely) leave behind the obfuscating murk which has become so de rigueur (read: TRENDY) in the millennial metal underground. Instead, each passage patiently unfolds and establishes its intended texture, terrorizing the mind and body with oppressive physical/spiritual weight - even (and especially) when stripped back to foggy, tension-inducing mist. The consequently linear songwriting soon works its sepulchral magick, as lurching 'n' lumbering riffs are stretched into hammering trances, sending undulating waves of absolute ritualism deep into the listener's core. Which is all to say nothing of the production on Parazv Il Zilittv, which somehow manages to make SUMMON sound creepier despite the clearer and more cutting recording style.

With Aesthetics of Demise, SUMMON proved that their smashed-psyche sorcery transcended the usual "sepulchral death metal" tropes. Now, with Parazv Il Zilittv, they prove that that sorcery is potent enough to simultaneously open and close the crypt of time eternal. How far will you step in/out?