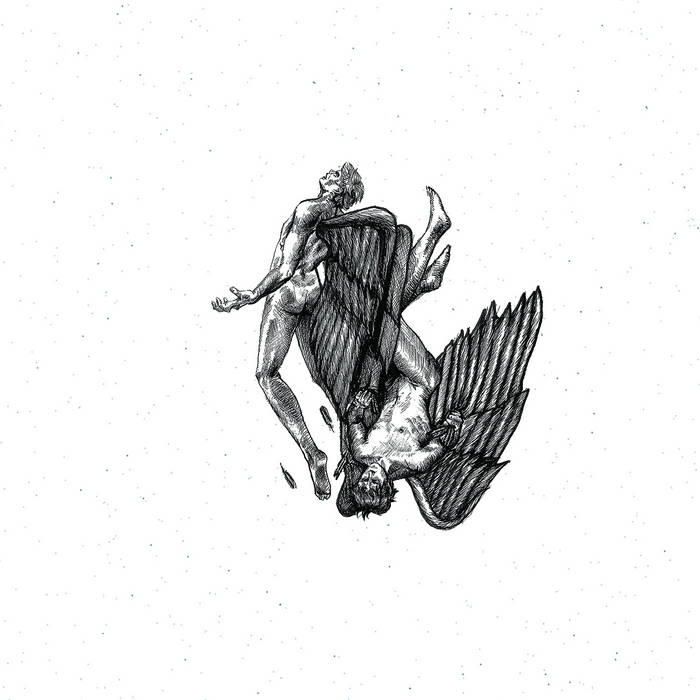 Hailing from America, SUNSPELL is one-man entity that brews forth a bewitching sort of black metal that maintains a distant, ghostly air whilst remaining palpably physical. As such, both of SUNSPELL's contributions here are double-digit epics, ominously drifing like funeral fog but grinding the listener into dirt by side's end. Canada's SAUDADE also grind the listener into dirt on their side of the split LP, but in an entirely different-yet-complementary manner. A power-trio, SAUDADE's attack is equally built upon blackgrinding bestiality and black metal's fundamentally punk origins, pulsing filth with alarming economy. Together, From the Mist...We are but Dust is aptly fucking titled: enter, and end.