The Rite - Liturgy of the Black 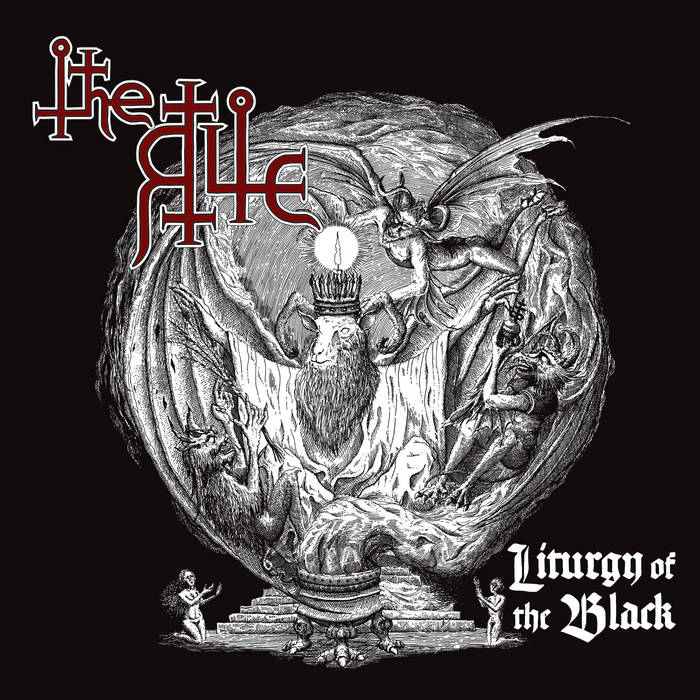 IRON BONEHEAD PRODUCTIONS is proud to present THE RITE's highly anticipated debut album, Liturgy of the Black, on CD and vinyl LP formats.

The five-track mini-album The Brocken Fires was finished in August 2018 and was originally released on cassette by Unholy Domain Records in October 2018. In August 2019, IRON BONEHEAD released the mini-album on CD and 12" vinyl formats, and word spread far and wide, with opinion nearly unanimous: THE RITE create a commanding aura, and the future for this international entity looks bright/dark indeed.

At long last, full darkness falls with THE RITE's even-more-commanding debut album, Liturgy of the Black. Bolstered by gooey-thick yet ghostly spacious production, THE RITE's first full-length carries forth the firm foundation of the mini-album - dexterous doom riffs, seamless transitions into galloping speed, sepulchral narrative courtesy of Ustumallagam's unmistakable throat - and adds a heaping amount of horror atmosphere, as classic and cold as the tomb, with tasteful touches of Hammer Horror-style organ making the proceedings that much eerier. More so, it's the undeniable swagger THE RITE show across this Liturgy of the Black which makes it most addicting, belying the onstage charisma they conveyed at their debut show for the 2019 edition of Denmark's Metal Magic Festival. And that, too, is what THE RITE in general and the album in particular provocatively convey: MAGICK, timeless and eternal and yet impossibly refreshing. This is ancient metal done with deepest reverence and blackest imagination.

The black bells toll, midnight approaches...THE RITE summon you to partake of a Liturgy of the Black!