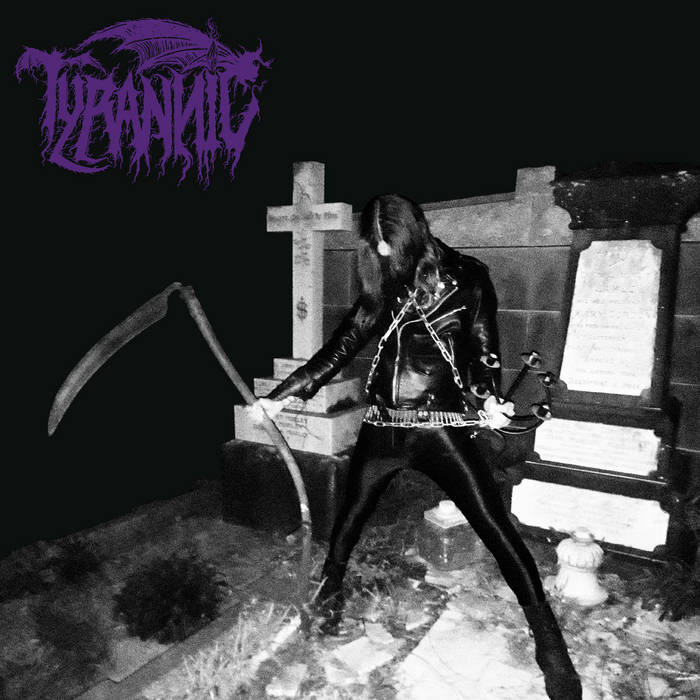 Gojira Blume This is cool.

Since their formation in 2010, Australia's TYRANNIC have been a steady study in sonic defiance. The band's earliest demo and split recordings were largely the work of one R, but by the time of their debut album, 2018's Ethereal Sepulchre, TYRANNIC expanded their lineup and also expounded upon the primitivist origins of their sound. Aptly titled, Ethereal Sepulchre was a foggy 'n' frightening statement of eerie blackened doom - or perhaps DOOMED BLACK? Either way, the trio tread upon the slimy foundation laid out by their forebears but also evinced a red-eyed personality all their own.

Alas, that identity has fully come to fruition with TYRANNIC's second album, Mortuus Decadence. Both more immediate and distant than its not-inconsiderable predecessor, A LOT happens across Mortuus Decadence, with each of the five principal tracks taking treacherous turns and demonic detours throughout the album's 43-minute runtime. Truly, the sum effect is unsettling; the reconfigured trio unleash endlessly rolling/roiling screeds of physicality that mutate in a most bizarre manner. Both denominations of "black" and "doom" are still apropros here, but the seemingly scattershot attack TYRANNIC take strikes upon the wild & weird terrain trod by the likes of old Mortuary Drape, Root, Hungary's Tormentor, Barathrum, Brazilian iconoclasts like Impurity and Sextrash, or even very earliest Mayhem. Still, it cannot be overstated that there's indeed order here - except that it's cracked and broken and betraying a woozy wisdom only known to TYRANNIC.

Wrapped in a sweltering, megaton production most Hellhammered, Mortuus Decadence is a declaration of diabolism that puts TYRANNIC in rarefied company.