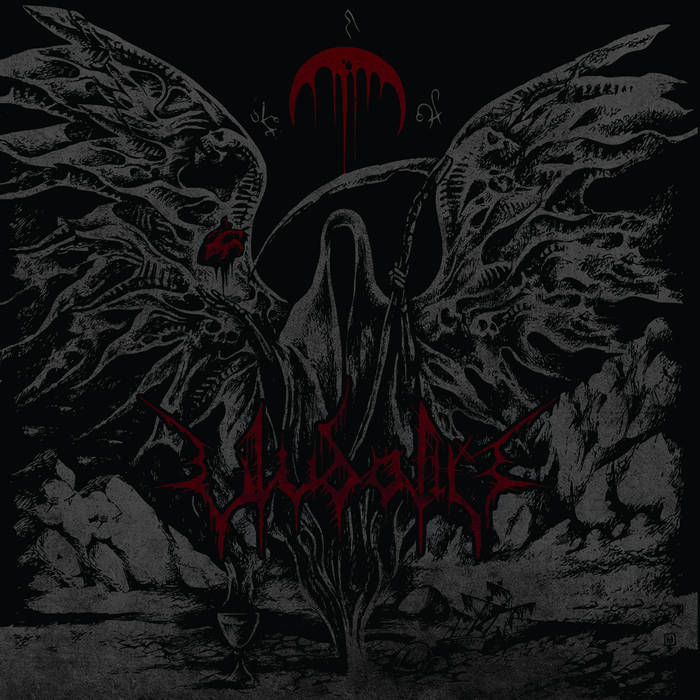 One of black metal's best-kept secrets, ULVADALIR belong to the inner circle of Russia's True Ingrian Black Metal Death, alongside IRON BONEHEAD labelmates KHASHM, with whom they share two members. As such, the sound they've patiently crafted since 2001 - and which made its full-length debut in 2008 with TWO albums, Flame Once Lost and Soul Void, both equally aptly titled - likewise bears a tangibly gnarly physicality contrasted by an almost-levitational aspect: truly, an alchemical melding of aggression and atmosphere. And although they've kept their profile reasonably visible in the intervening years with myriad split recordings and a compilation unearthing a couple lost EPs, ...Of Death Eternal is the first ULVDALIR full-length recording in nearly eight years.

Truly worth the wait, ...Of Death Eternal displays the full bloom of ULVDALIR's rotten, bountiful harvest. Swarming with dire intent and unnervingly precise malice, the quartet's attack here pushes and pulls, coils and crushes, but always carries an ever-forward momentum. Equally slipstreaming and trance-inducing, their gnarled 'n' gnarling style of black metal emits space and shade at every crooked turn, finally enveloping the listener whole within their black hole. And each of the album's six central songs patiently unfolds their respective black holes across lengthier track times, yet ones never too exhaustingly long; again, malicious precision is the order of the day on ...Of Death Eternal. In that regard, and alongside the finessed physicality here, one could slot ULVDALIR alongside the more orthodox black metal movements still coursing through Sweden and Greece, but with a sterner sensibility that's distinctly Russian.

True Ingrian Black Metal Death reveals its next death-card, and it bears the aspect of ULVDALIR's ...Of Death Eternal.