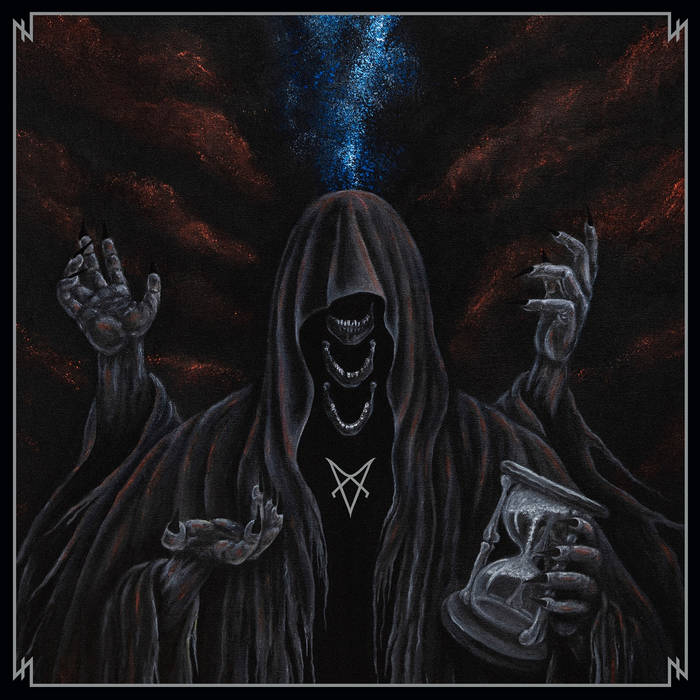 𝖙𝖜𝖎𝖘𝖙𝖊𝖉𝖘𝖔𝖓𝖔𝖋𝖜𝖆𝖙𝖘𝖔𝖓 Vassafor is not death worship; Vassafor is death, in and of itself; a means of approaching and embracing death. This is vantablack metal. The stratigraphy of this music reveals ancient rites of passage and artefacts of ritual self annihilation. Excavate for your own sanity. Favorite track: Emanations from the Abyss.

VASSAFOR should need no introduction. For the past decade and a half, since the band's reactivation with their Demo II in 2005, this New Zealand cult have patiently plied their idiosyncratic craft, pushing the boundaries of black and death metal ever further whilst driving deep into each's collective core. Although some will argue that they reached their apotheosis with 2012's debut album, Obsidian Complex - a true, two-disc double album - VASSAFOR played their most daring hand with respective split LPs with comrades Sinistrous Diabolus and TEMPLE NIGHTSIDE (both released by IRON BONEHEAD in 2014 and 2015, respectively). In miniature, these works amplified the simultaneously world-eating/ethereal textures that lay at the heart of the VASSAFOR aesthetic. After an intense two years in the shadows, their grandest work so far was revealed: Malediction, released in October 2017 on vinyl and cassette via IRON BONEHEAD. VASSAFOR continued to cement their legend...

VASSAFOR are not ones for half-measures. For them, their spirituality is Satanic and absolute: no compromise, no quarter. Thus, with the aptly titled To the Death do VASSAFOR render their most direct statement yet, yet one also imbued with a lurking strangeness that's entirely their own. At once submerging into the murkiest depths of the underground from whence they sprang, in other senses smothering those senses with a serpentine flow that's stultifying to behold, the seven sonic incantations comprising the 66-minute To the Death prove that the duo indeed are ever able to conjure horrifying new shapes stitched from the fabric of the ancients. Not for nothing is this third full-length titled as such: To the Death bespeaks VASSAFOR's own path - theirs, and theirs literally ALONE - that is verily "Archaic Black Metal that exists outside time." Any band would kill to write songs as mesmerizing 'n' monolithic as the opening 12-minute title track, or the ten-minute self-explanatory "Eyrie," or especially the 17-minute, likewise self-explanatory closer "Singularity"...and that's barely half the album.
VASSAFOR exist on their own terms, and we can only help but bear witness to their black magick. To the Death is a statement of intent, a world unto itself, and so much more: bow, enter, die.