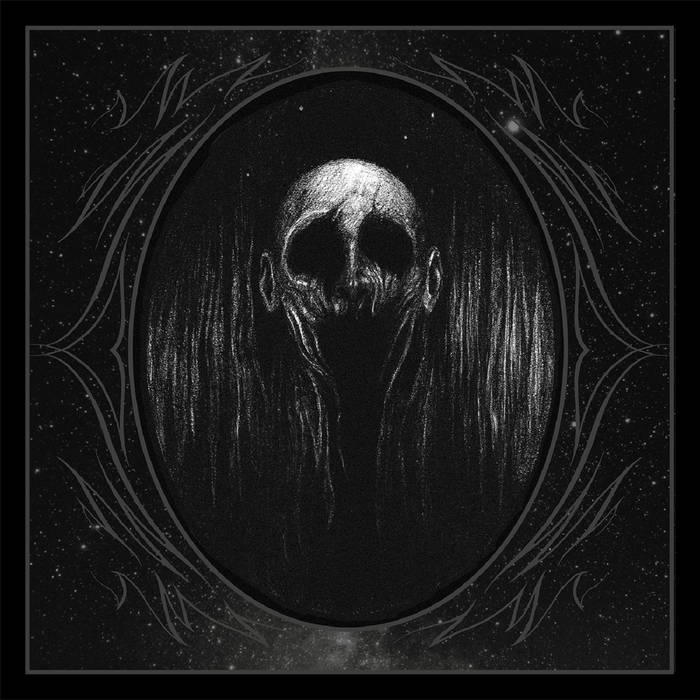 FallenAngel Numerous holy fuck moments. Was listening to this for the first time on very low volume (female hater present) and was tripping on the thought of opening the floodgates and let the flow run through me....later.....

The VEILED name should be well familiar now, starting with the band's genesis under the previous moniker GNOSIS OF THE WITCH. Under that banner, the then-American duo released two EPs - the latter of which, Dauðr burðr þrysvar, was released to critical acclaim in 2014 by IRON BONEHEAD - and then a split 7" with comrades Grá in 2015 (also via IRON BONEHEAD). Following that split, the moniker as well as the entire energy and vibration of the band was changed to VEILED. Diving deeply into that new energy 'n' vibration, VEILED released its debut demo, Omniscient Veil, in 2015 via IRON BONEHEAD, and thus was sparked a familiar-yet-foreign iteration of GNOSIS OF THE WITCH's mystical black metal. And at last, it has come to full fruition with the debut full-length Black Celestial Orbs.


Aptly titled, Black Celestial Orbs is a spectral experience par excellence. Still a duo, VEILED officially recruited drummer Dimman (Grá, Cursed 13, When Nothing Remains) and soon set to work during the summer of 2017 recording the album in Stockholm, Sweden with producer and engineer Heljarmadr (Dark Funeral, Grá, Cursed 13). Hypnotic and atmospheric in all the ancient ways, pulsing with a regalness far removed from modernity, Black Celestial Orbs weaves undulating spells that slowly and ever-so-patiently encase and then entrance the listener in a formless fog of sumptuous splendor. Pure devotion to the shadows is VEILED, and ever so magickally do they navigate through reverberating echoes from the beyond. Listening to Black Celestial Orbs, then, is much like an immersion rite: an intrepid 'n' fortified constitution is required, but myriad secrets are subsequently revealed to the true devotee; nowhere is this played out more poignantly than on the album's two-part title track.

And although VEILED is American by origin, the band's firm grounding in the elder Scandinavian classics comes ever to the fore here on Black Celestial Orbs. Never revisionist, always reverent, mainman Niðafjöll still seeks wisdom within the timeless tomes of early '90s black metal - in particular, the pagan wanderlust of early Helheim and Norway's Hades - but strives to add to this noble lineage rather than merely mimic it. And truly, with Black Celestial Orbs, he has succeeded.


Hypnotic owls from beyond the veil, in endless night and infinite darkness: do you dare witness the Black Celestial Orbs of VEILED?