Worm - Evocation of the Black Marsh 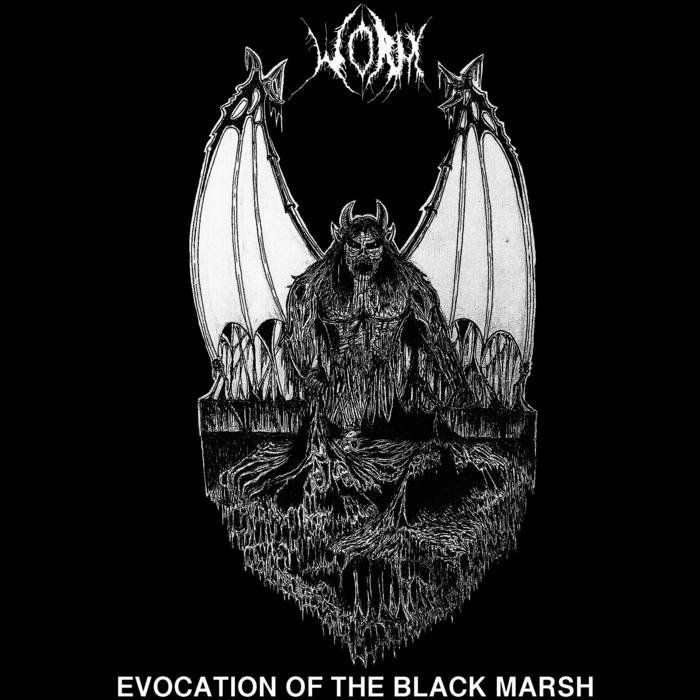 IRON BONEHEAD PRODUCTIONS is proud to present WORM's debut album, Evocation of the Black Marsh, on vinyl LP and cassette tape formats. Hailing from the swampy recesses of Florida, the American WORM is the work of one mysterious Fantomslaughter. To date, he's done two rare demos, The Deep Dark Earth Underlines All (2014) and Nights in Hell (2016), but now as a duo alongside one Equimanthorn, WORM present the fullest distillation of their foul 'n' fetid aesthetic in Evocation of the Black Marsh.

Ever aptly titled, Evocation of the Black Marsh comprises eight hymns to the spiritual swamp lurking in every listener. With titles like "Evil in the Mire," "Altar of Black Sludge," and especially "The Slime Weeps" and "Swamp Ghoul," it would be fair to assume that WORM would worship at the altar of Varathron's classic His Majesty at the Swamp. However, while faint traces of those Greek gods can be detected, across the 42-minute LP is a clanging, blown-out appropriation of early Goatlord and Mortuary Drape, but strewn with a screws-loose personality that hails unorthodoxy endlessly. It's a harsh and unsettling listener, but done with the authenticity and purity of black metal's earliest, pre-tabloid days - and where else would something harsh and unsettling end but at the swamp? Submerge into the slime and prepare for a true Evocation of the Black Marsh.